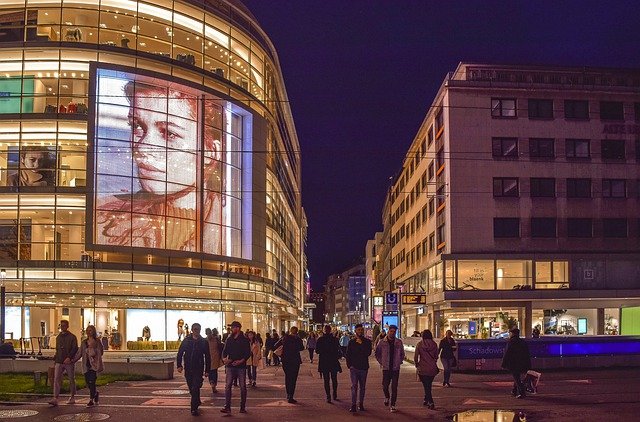 Our research tidbits this week looks at the complex nature of advertising, ethics and emotional engagement.

An ethical marketing approach to wicked problems
Macromarketing attempts to address issues that engage marketing and society, and previous ethical scholarship has focused on distributive justice and on exchanges that occur in conventional markets. As our research highlights, however, the distributive justice approach alone is insufficient for managing the complexities, ethical paradoxes, and out-of-market conditions associated with wicked, cross-national social concerns.

In this article, the authors integrate macromarketing with the theory of the common good in order to provide a foundation for framing societal change that can encompass nonmarket value, stakeholder rights, collective social priorities, organisational responsibilities, and political action.

The findings from an experimental research design, which included 336 British respondents, show that non-disparaging and non-humorous ads are considered to be the most ethical, while disparaging ads (regardless of the level of humour) are considered the least ethical. Across the board, female-disparaging ads are not perceived as ethical; however, high benevolent sexists appear to favour them most.

Finally, an ad’s perceived ethicality mediates the relationship between ad disparagement and ad attitudes; likewise, an ad’s perceived ethicality and ad attitudes mediate the relationship between an ad’s female disparagement and brand attitudes. Female-disparaging ads should be avoided given that they are perceived as less ethical and given the impact that advertising has on behaviour, as well as on societal and moral values. Advertisers should also avoid using female-disparaging advertising themes, even light-hearted ones, since they constitute a risky strategy for the ad and the brand as they can backfire and alienate consumers.

The purpose of our study therefore is to provide a first illustration of an emic and informant-based derivation of perceived ad ethics. The authors use multi-dimensional scaling as an approach enabling the emic, or locally derived deconstruction of perceived ad ethics. Given recent calls to develop our understanding of ad ethics in different cultural contexts, and in particular within the Middle East and North Africa (MENA) region, the authors use Lebanon—the most ethically charged advertising environment within MENA—as an illustrative context for our study.

Results confirm the multi-faceted and pluralistic nature of ad ethics as comprising a number of dimensional themes already salient in the existing literature but in addition, the authors also find evidence for a bipolar relationship between individual themes. The specific pattern of inductively derived relationships is culturally bound. Implications of the findings are discussed, followed by limitations of the study and recommendations for further research.

Autocontrol: Ethical advertising through an self-regulation?
The theory and practice of advertising self-regulation have been evolving for decades in pursuit of basic standards for advertising quality. In Spain, this discipline was put into practice in 1995, the year the Association for the Self-Regulation of Commercial Communication (Autocontrol) was created.

This article aims to examine in depth the functioning of the Spanish advertising self-regulation system, with special emphasis on the Advertising Jury, and explore to what extent some of the normative requirements of rigour, independence and participation can be considered to have been met.

The paper is based on a case study in which interviews with Autocontrol members, Jury members and consumer associations have particular bearing. The results shed light on the achievements of Autocontrol’s self-regulation work and the challenges it still faces.

Feenstra, Ramón & González Esteban, Elsa. 2017. Autocontrol: A Critical Study of Achievements and Challenges in the Pursuit of Ethical Advertising Through an Advertising Self-Regulation System.

Looking at consumers’ ethical judgements
Existing debates on business ethics under-represent consumers’ perspectives. In order to progress understanding of ethical judgement in the marketplace, the authors unpack the interconnections between consumer ethical judgment, consent and context. The authors address the question of how consumers judge the morality of threat-based experiential marketing communications.

Our interpretive qualitative research shows that consumers can feel positively about being shocked, judging threat appeals as more or less ethical by the nature of the negative emotions they experience. The authors also determine that the intersection between ethical judgement, consent and context lies where consumers’ perceptions of fairness and consequences lend contextualised normative approval to marketing practice.

The authors define CEPS as a consensual shock value judged as ethical due to its ephemerality, commercial resonance, brand alignment, target-audience appropriateness and contextual acceptability. The authors also extrapolate the dimensions of CEPS into an ethical judgement typology, elucidating how consumers judge some threat-based communications as ethical, but not others. Consequently, our work dovetails with wider business ethics debates on ethical judgement, adding value by clarifying the conditions that generate positive consumer ethical judgement.