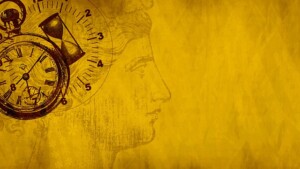 “Historic corporate social responsibility”, or the mechanism through which firms take responsibility for past misdeeds is increasingly under review. This week we look at some historical aspects of CSR.

Animal welfare
The literature presents a broad approach to Corporate Social Responsibility (CSR), which aggregates a diversity of issues, such as the environment, labour conditions, and human rights. The authors addressed the impact of increasing CSR demands during the internationalisation of emerging market multinationals (EMNs) on one particular subject, animal welfare (AW).

This subject raises important ethical concerns, especially as we understand that animals are sentient beings. Through content analysis of annual reports, the authors tracked the evolution of AW-CSR activities throughout the internationalisation of two large Brazilian meat-processing multinationals as they accessed markets with complex AW regulations. The authors also synthetised findings on broiler chicken on-farm AW research in Brazil and conducted interviews to gauge the impact of CSR standards on animals.

The findings show that, although EMNs that enter developed markets engage with various standards, the impacts of standard enforcement on actual welfare are not straightforward and call for broader AW and animal ethics developments. Uneven results among AW criteria indicate that some aspects are prioritised over others. Furthermore, some actions of actors such as EMNs and low-tier suppliers seem to counterbalance the expected impact of normative pressures to change the lives of animals for the better.

The authors conclude that AW standards may improve AW in emerging markets; but these standards do not appear to be sufficiently stringent, and require improvements to have a more significant positive impact. A major signal emerging from this research is the fundamental need to broaden the animal ethics debate regarding the use of animals to produce meat.

Medieval miners’ guilds and CSR
In this paper, the authors argue that antecedents of modern corporate social responsibility (CSR) prior to the Industrial Revolution can be referred to as “proto-CSR” to describe a practice that influenced modern CSR, but which is different from its modern counterparts in form and structure.

The authors develop their argument with the history of miners’ guilds in medieval Germany—religious fraternities and secular mutual aid societies. Based on historical data collected by historians and archeologists, the authors reconstruct a long-term process of pragmatic experimentation with institutions of mutual aid that address social problems in the early mining industry, and thus before the rise of the modern state and the capitalist firm.

Co-shaped by economic and political actors, these institutions of mutual aid have influenced the social responsibility programs of early industrialists, modern social welfare legislation, and contemporary CSR. The authors conjecture that other elements of proto-CSR might have evolved according to similar trajectories.

Irresponsibility of U.S. Big Tobacco
Society increasingly demands corporations to be accountable for their past misbehaviours. Some corporations engage in forgetting work with the aim of avoiding responsibility for their wrongdoings. The authors argue that whenever social actors have their past actions called into question and engage in forgetting work, an ethics of remembering takes place.

A collective project of social forgetting is contingent on the emergence of coordinated actions among players of an industry. Similarly, sustained efforts of forgetting work depend on the continuity of the project through various generations of employees, which presumes the existence of frameworks of remembering in place. The authors analysed this paradox through a historical case study of the U.S. tobacco industry.

The authors conclude that forgetting work may be a double-edged sword. It might be beneficial in the short run, to the extent that corporations can successfully maintain the public ignorance about their deceitful pasts. In the long run, however, it creates additional layers of historical irresponsibility and may turn into a compounded liability in the event the memory of the collective strategy of social forgetting becomes public.

The Hudson’s Bay Company
Increased scrutiny of corporate legitimacy has sparked an interest in “historic corporate social responsibility”, or the mechanism through which firms take responsibility for past misdeeds. Extant theory on historic CSR implicitly treats corporate engagement with historical criticism as intentional and dichotomous, with firms choosing either a limited or a high engagement strategy.

However, this conceptualisation is puzzling because a firm’s engagement with historic claims involves organisational practices that managers don’t necessarily control; hence, it might materialise differently than anticipated. Furthermore, multiple motivations could jointly affect managers’ approach to organisational history, especially when dealing with conflicting stakeholder demands, rendering it difficult to historicise consistently.

Examining the relationship between the legitimacy of critical historic claims, corporate engagement with these claims and corporate legitimacy, the present paper performs a historical case study of the Hudson’s Bay Company’s (HBC) long term use of history in stakeholder relations. The data suggest that under conflicting internal and external pressures, the HBC’s engagement with historical criticism became “sedimented” over time, involving both open and stakeholder-inclusive practices of “history-as-sensemaking” and instrumental “history-as-rhetoric”. Enriching understanding of corporate-stakeholder interaction about the past, this finding may stimulate its generation of social value and corporate legitimacy.